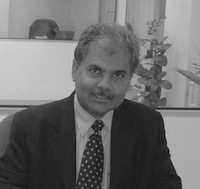 Mohamed Siraj Abdul Razack is one of the pioneers of the oil and gas industry in Malaysia. Starting his career as a Process Engineer in MMC Oil and Gas division, he became the Managing Director/CEO in 1990. He was also founder CEO of Gas Malaysia formed in May 1992. After joining DRB Hicom in 1996, he set Alam Flora and became its first CEO in 1996. In 2006, he joined Wasco Energy as SVP and set up Petropipe SABAH in 2007 and as its first CEO and supplied all the 522 km 36 inch coated pipes for the PETRONAS Carigali SSGP project successfully. In 2012 he joined Petrofac ECOM as Director of Projects. He has a total of 35 years experience in oil and gas and renewal energy industries.

He has a BSc (Combined Honours) Degree in Chemical Processing (Petrochemical) from University of Liverpool.