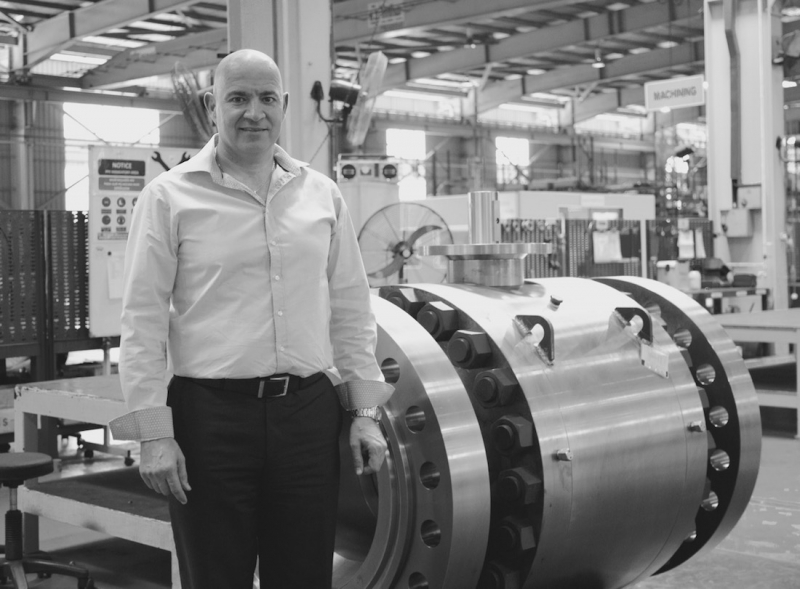 Stasi Prandalos is the founder and CEO of MIR VALVE. After 20 years in the valve business in Kuala Lumpur, he realized the potential of the region as a major oil and gas hub, and decided it was time to put up a worldclass valve manufacturer in Kuala Lumpur. A total of 16 months went into the pre-planning of the company and to ensure that every step of the company was thoroughly mapped out. His strong determination and commitment to realize his vision secured the funding, technology and the partners in making MIR VALVE the 1st Malaysian manufacturer of API 6D/6DSS/6A/17D Ball & Gate Valves.

He graduated in 1987 in Production Engineering in Sydney, Australia. In 1992 he was employed by Grove Italia and was based in Kuala Lumpur. In 1993 he led the start-up of Penaga Dresser Sdn. Bhd. and grew the company with over 50 employees and sales at RM 50 million. After Dresser acquired Grove Italia in 1995, he quickly moved up the ranks and by 2000 was promoted to Vice President Sales - Asia Pacific of Dresser Flow Solutions. He was then responsible for the major product groups of Control Valves, Safety Valves and On-Off Ball & Gate Valves with sales exceeding USD 200 million in 2005. Backed with over 20 years of valve business experience, Stasi Prandalos decided that it is time to move forward with a new and exciting challenge. Therefore, June 2007 he left Penaga to start MIR VALVE.